Mosaics- Their Tesserae and Pattern 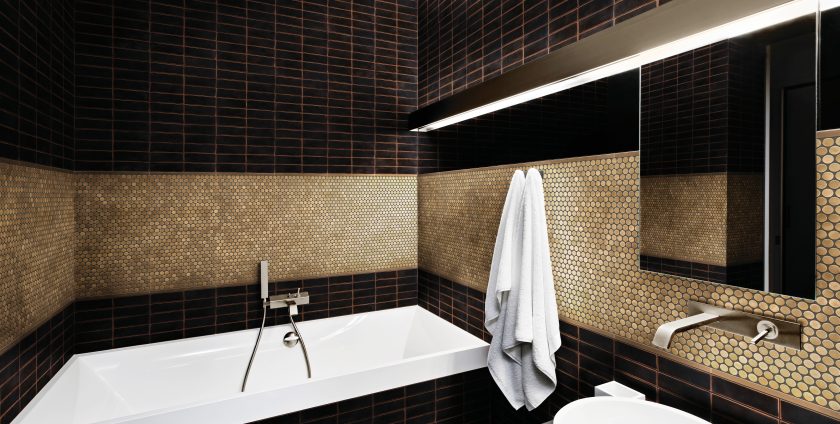 Mosaics are traditionally made of small cubes of different colored stone and glass called tesserae. A tessera is an individual tile used to make the mosaic. Some of the earliest mosaics known to mankind date back to 1500BC. Mosaics have always been included in building construction materials for decorative purposes.

The materials of a mosaic may consist of glass, stone, porcelain, ceramic or metal and vary in color. Typically, a mosaic is defined by the shape of the tessera. The tessera may be a random shape or may be laid out in a pattern.  If a mosaic contains a rectangular tessera, it’s typically named after the pattern it forms.

Penny Round Mosaics- The tesserae in a penny round mosaic are in the shape of pennies.

Pebble Mosaics- The pebble mosaic contains tesserae in the shape of a pebble that may be flattened or curved.

Cube Mosaics- The tesserae are 4 sided. Triangular mosaics contain tesserae that are 3 sided and pentagonal are 5 sided.

Brick Mosaics- Although the tessera is 4 sided like the cube, the mosaic is named after its pattern, brick.

Diamond Mosaics– Although 4 sided, this mosaic contains tesserae shaped like a diamond.

Cross Mosaics– This mosaic contains tesserae shaped like a cross.

Scale Mosaics– This mosaic contains tesserae that is shaped like a fish scale.

Picket Mosaics– This mosaic contains hexagonal tesserae but is named after the pattern it forms.

Lantern Mosaics – This mosaic has tesserae that is shaped the same as a hanging lantern.

Herringbone Mosaics – This mosaic contains rectangular tesserae and is named after the pattern it forms.

Floral Mosaics- The tessera in a floral mosaic forms something floral but each may take on a different shape to form the pattern. So, a Floral mosaic is named after its pattern.

Basket Weave Mosaics- Basket Weave is another mosaic named after the pattern that the tesserae form. The tesserae are usually a variation of 4 sided cubes and 4 sided rectangles.

There are many others beyond the scope of this article. Mosaics are one of the many ways we choose to express our creativity. So, they have their place in custom design and in the art world. Murals and sculptures often consist of mosaics. In construction, mosaics are oftentimes used in small areas to breakup the visual look of tile and to add a creative feature in a space. Beyond mosaics, larger tiles may be laid in similar patterns to mosaics to give a floor or a wall the same look and feel as mosaics, but on a larger scale.

Most of these mosaics are available from our distributors. If you are interested in exploring something like this for your home and you are not sure what your next step should be, call us for a consultation.